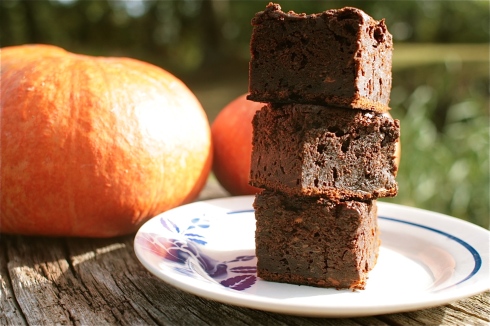 Yesterday it was Wednesday and there’s no school in most parts of France on Wednesdays so the littlies were at home. A bit odd at first but quite nice for the kids to have a day off half way through the week, especially as the school hours of 9 to 5 are so long (for Frannie anyway). Over the last few weeks it’s become a bit of baking day at Chez Foti, trying out a new cake or muffin recipe or two and getting the littlies to help with the weighing, pouring, whisking, stirring and of course most importantly the tasting. Yesterday it was the turn of a Chocolate Pumpkin Cake, not only one of the ‘healthiest’ cakes I’ve ever made but one of the moistest and most temptingly delicious. And the kids LOVE it. I think this’ll be a regular Wednesday bake!. 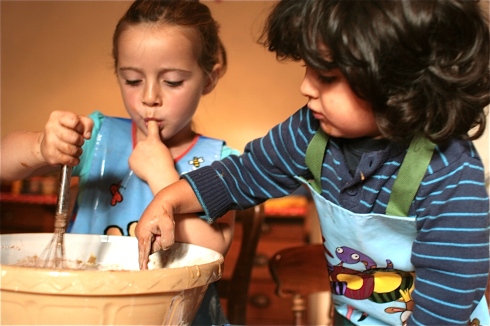 The stirring and tasting team

I love experimenting with veggies in cakes, much to the horror of the French who still haven’t really got to grips with the humble carrot cake. I made many a Courgette Cake with homemade Lemon Curd over the summer, and lots of Chocolate Courgette or Marrow Cakes of late using up the last of the glut. I’ve also baked quite a bit with Butternut Squash in Muffins and Cakes and once even made a gloriously coloured Beetroot Chocolate Cake. But using Pumpkin was a newbie to me, and after a couple of attempts I’ve perfected my recipe and it really is a winner. Low in sugar, and only using healthier unrefined Light Muscavado anyway, and richly flavoured by Roasted Pumpkin, Cocoa and a little warming Cinnamon.

We’ve more than a few pumpkins at Chez Foti, to be honest I’ve not counted them but there’s a lot. They should definitely see us through the winter and I have a feeling the blog will be moving from it’s recent tomato red to pumpkin orange. I’ve picked a few already but most are still out on the patch and will stay there slowly ripening until there’s a risk of frosts. 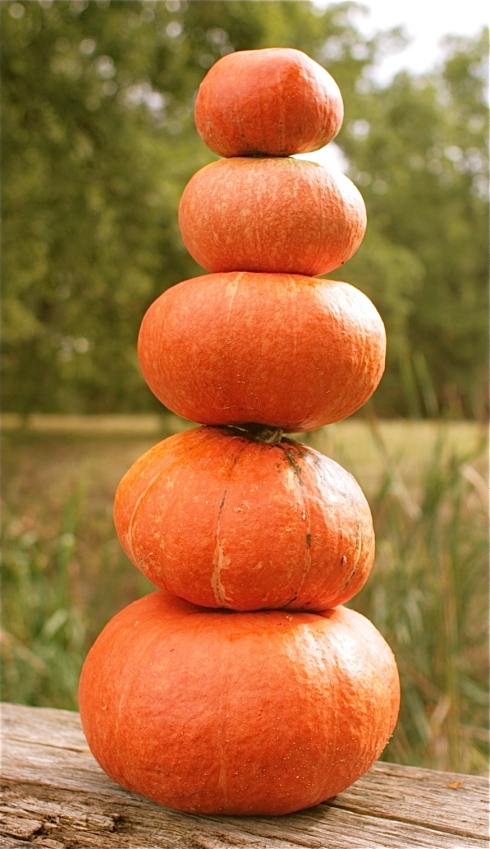 The Leaning Tower of Pumpkins! 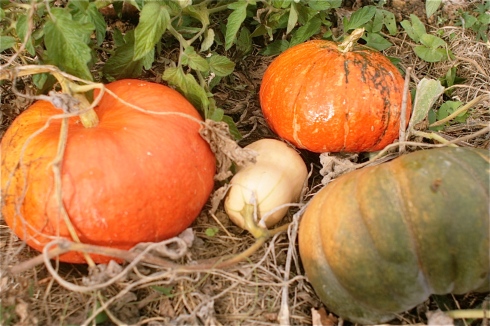 I’m entering this blog for my first ever time to the We Should Cocoa challenge, held by Choclette of the Chocolate Log Blog and the Chocolate Teapot Blog and this month guest hosted by Hungry Hinny. This month’s challenge is to pair Pumpkin with Chocolate or Cocoa. 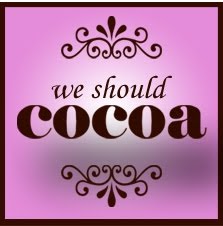 I’m going for a double whammy and also putting it forward to the One Ingredient Challenge, as this month the ingredient so happens to be Squash or Pumpkin!. The challenge is held jointly by Laura at How to Cook Good Food and this month by Nazima at Franglais Kitchen.

I baked my cake in a medium sized baking tin and made a wee extra in one of my Oogaa bowls for the kids. Being silicone they’re perfect for baking cakes in. Incase you haven’t already dropped by, the Oogaa Recipe site is now up and running and features several Chez Foti baby and kids recipes. You can even add your own recipes! 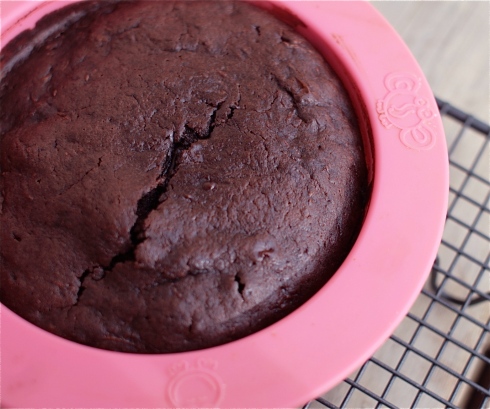 The kids love their cakes baked in an Oogaa silicone bowl

Makes one very large traybake (20 x 35cm tin) or a smaller tin and a few individual cakes. Can be frozen.

Begin with roasting your pumpkin. Place the very large chunks on a baking sheet in an oven pre-heated to 190ºC/Gas Mark 5. Bake for about 40 minutes until they’re pretty soft, turning once or twice during the cooking time. Once cooked remove from the pan, place in a bowl and thoroughly mash with a potato masher. Leave to cool a little. This part could always be done before, when you happen to be using the oven.

Whisk in the eggs, followed by the milk.

Now gradually sift in the flour, cocoa, baking powder and cinnamon to the cake mixture, stirring until well combined with each sifting.

Finally stir in the slightly cooled mashed pumpkin and spoon out into your lined baking tin or bowls. Bake big cakes in the preheated oven (190ºC/Gas Mark 5) for 30 to 40 minutes and smaller ones for around 25 minutes. They’re ready when they’re firm to touch on the top (but still feeling a little squidgy), and an inserted skewer comes out clean of crumbs.

Cut into squares and serve as soon as cool enough to eat. You won’t be able to resist long! 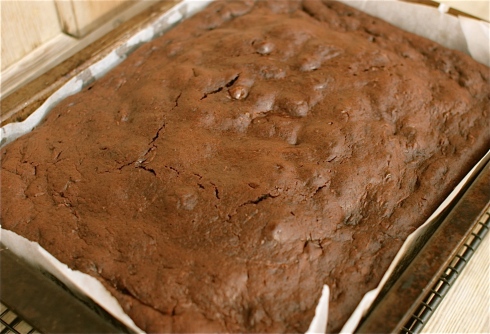 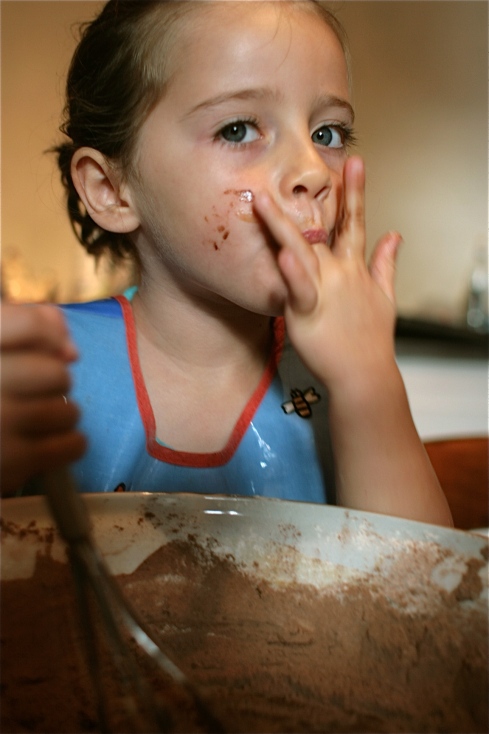