July in the Garden

Unsurprisingly it’s been another busy month in the garden, though all the busyness has been in the harvesting, picking, cooking and eating. Bar a couple of rows of carrots and parsnips and a few lettuces nothing new has been sown or weeded. And it’s truly a jungle out there, there’re weeds taller than me! But then I’ve had a busy month of visitors and school holidays. Hoping to get more of a grip in August.

My jungle of a Potager!

This month’s all been about the courgettes, barely a meal’s gone by without them appearing in some form or other (just incase you hadn’t noticed!). My nine plants have been on a bit of rampage!. Incase you missed it I did a round up of all my favourite courgettie recipes a few days ago.

And I’m very pleased to report the tomatoes are all going great guns, each and every one of my 58 plants (plus a few more stray wild ones scattered around the plot!) are all fruiting and we’ve started to pick and eat the huge beefies and some sweet-as-sweet-can-be cherries. They’re definitely my August Veg of the Month and I’ve already been busy in the kitchen trying out lots of new recipes. I’d love to know your ideas if you’d like to share  them (and you’ll get a mention in my round up!) 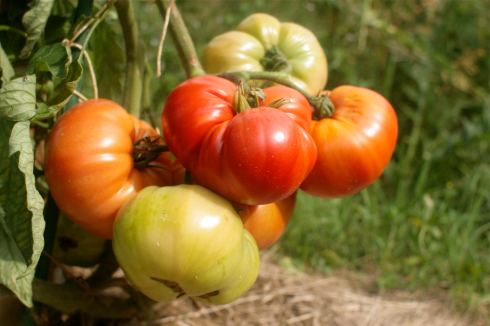 And finally, my slightly behind Plum Tommies

Other goodies that we’ve started to tuck into this month are cucumbers (they grow as fast as the courgettes, I’ve quite frankly never eaten so many in my life!) and the equally profuse French beans.

Cucumber, one of dozens! 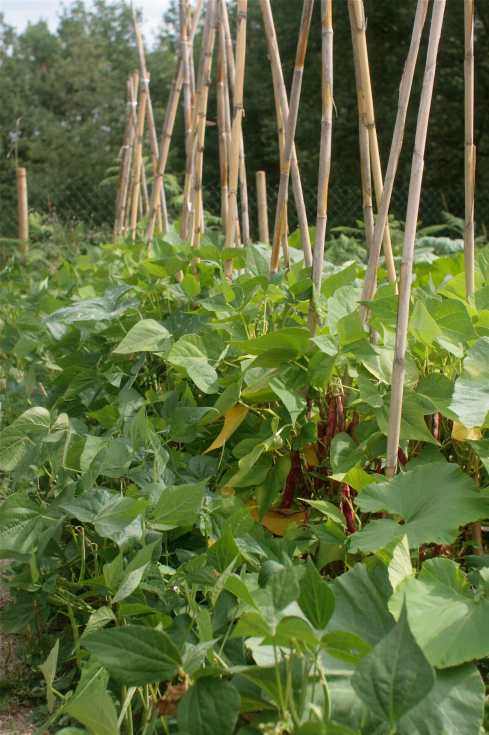 The Borlotti (they’re the gorgeous red pods) and French Beans

The first baby aubergine has formed, but I doubt they’re going to do anywhere near as well as last year. I think I had eight plants literally dripping with them between July and November last year. Most of mine look unlikely to even fruit this season. Same for the peppers, extremely disappointing.

There’s a few pumpkin and squash now formed, but again they’re a little disappointing compared to the bumper crop of last year, despite my having twice as many plants. But maybe there’s still time to catch up?

One of the first Pumpkins

Other notable olympic growers this month are the sweetcorn that I only planted at the beginning of June and my lovely chilli plants that are dripping with decidedly hot chillies. A hot success compared to the boringly mild ones of last  year. 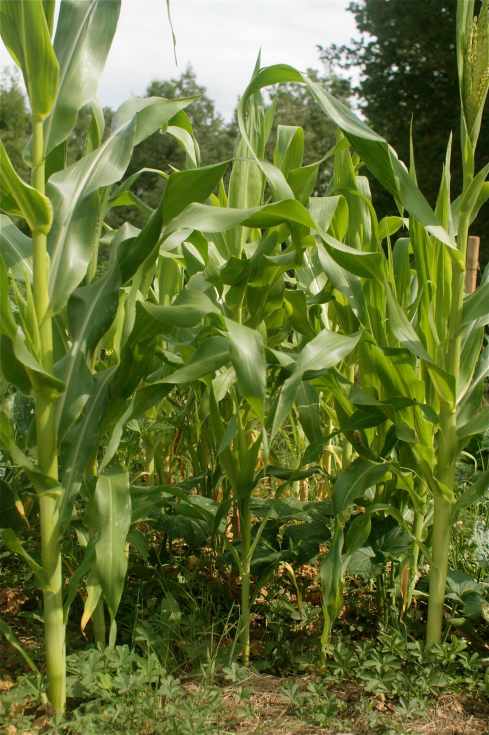 My Majestic Sweetcorn, the cobs are just starting to form

My chillies are HOT!

Along with the garlic back in June, my shallots and red onions have now all been harvested and are hanging out to dry.

That’s my lot of Shallots!

Quite a lot really! Bar the odd red pepper and a few bananas I’ve not been buying any fruit or veggies for weeks (or months?) now.

– Courgettes until they’re coming out of our ears

And I think that’s it? We’ve also got lots of very exciting and wonderful freebie wild stuff growing, but I’m going to save that for another blog.

So that’s it for July. Bring on the August Tomatoes!

This entry was posted on Monday, August 6th, 2012 at 10:09 pm and posted in Garden Updates. You can follow any responses to this entry through the RSS 2.0 feed.
« Boeuf en Daube for The Care to Cook Recipe Challenge
Tagliatelle with Cherry Tomatoes & Mascarpone »

2 responses to “July in the Garden”